Feminine Energy in the Modern Workplace. Yes, it Does Matter. | Women’s Equality Day

Feminine Energy in the Modern Workplace. Yes, it Does Matter. | Women’s Equality Day

In 1971 the U.S. Congress designated August 26th as “Women’s Equality Day.” The date was selected to commemorate the 1920 certification of the 19th Amendment to the Constitution, granting women the right to vote.

Equity means to acknowledge our differences, accept them, and understand the value of them. I teach gender inclusion, and the power of feminine energy in the workplace. I’ve been described as both a radical, man-hating feminist, and an ignorant pacifist attempting to wrangle women back to 1950s America. Neither description is accurate.

Feminine energy is – and since the beginning of time, has been – misunderstood.

Women have been burned, tortured, and murdered for sacred circles, witchcraft, and merely existing. The role of the feminine and the contributions of women have been minimized, even by other women. Society has suffered as a result: of the past 3,400 years of human history, we’ve been at peace for 268 of them. That’s about 8%.

Feminine energy does not promote violence, destruction, or the hoarding of resources. The role of the Feminine is to hold space, meaning to allow, while creating and expanding life. The Feminine becomes practical when we take action. Not violent, demanding action, but still and certain action with a united voice.

The feminine is motion seeking safety. She is a free and ever-changing force that exhibits creativity, collaboration, empathy, patience, and a depth of emotional intelligence that sees and understands your very soul, because she is willing to go into the dark unknown. She is brave and powerful, and often still. 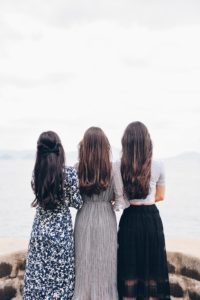 Femininity is different from female, and hence where much confusion arises.

We are all both masculine and feminine, yet women are different: we have a different physical body and brain, which allows us to view the world through the lens of diffused awareness, meaning we see the forest for the trees. We have different hormones which increase our capacity for connection. These differences are gifts: a different perspective allows growth. Yet, we still fear what we don’t understand.

My work has been challenged and dismissed. My thoughts, feelings, experiences, and even scientific research (not my research, but the research of doctors in the fields of sociology and psychology), have been invalidated by individual experiences. Therefore, I believe it worth clarifying the meaning and gifts of feminine energy. Some consistent arguments:

“I’ve never experienced that.” Or, “my wife (sister, mother, girlfriend)’s not like that.”

But please do not confuse your perception with my research.

There are more CEOs named John than there are female CEOs. Women hold a mere 22% of executive positions, and less than 5% are CEO level. Yet, we are nearly 51% of the workforce. This is a problem. Women still leave school 30% less confident than their male counterparts and make an average of $.79 on the dollar. We’re a third less likely to be deemed “worthy of hire.”

The reason these abysmal statistics continue is that we have one narrow standard for success in the majority of the workforce. The successful employee is asked to be competitive, logical, analytical, assertive, and direct. All of these characteristics are masculine.

Shouldn’t we all be authentic at work? Not all women are feminine. You’re stereotyping women when you say that. 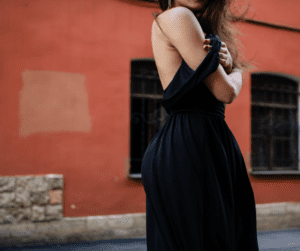 You’re right. Not all women are feminine. Many women are more comfortable in their masculine energy, and many men feel more comfortable in their feminine energy. We are all capable of exhibiting both energies in any given interaction. We know that when we don’t conform to the masculine and feminine norms, there are consequences. And that’s not fair either. But that’s not the conversation at hand.

Many women associate with being feminine and feel more comfortable (read: authentic) when allowed to exhibit feminine traits. That has rarely been accepted, let alone encouraged, in corporate America.

So by talking about feminine energy am I promoting a stereotype of women? Indulge me for a moment: the surgeon general warns that smoking leads to cancer. My aunt has smoked since she was a teenager. She is in her late 80s. She does not have cancer. Is the surgeon general wrong?

The exception does not negate the rule. And when you scream, “that’s not everyone!”, you’re right. But you’re also ostracizing the long dismissed outlier population of feminine women who wish to show up in their essence to be seen and heard. Feminine voices matter: the voice in corporate America who works hard, harder than the men, but is dismissed for her contribution because she doesn’t vocalize how great she is. She knows that if she did, she would not be seen through the same lens as her male counterparts. Men would be team players, and she would be self-promoting. Men would be strong, and she would be shrill.

Instead of preaching confirmation, or pointing out exceptions, acknowledge what we already know: women are different. They bring a unique perspective, and that adds value. Diverse teams increase projected financial earnings from 15-35%. Do you believe the 2008 economic crisis would have been worse with more women on Wall Street? Creating space for your sisters’ voice does not silence your own. It enhances it. Allow it to be heard. And add yours to it. 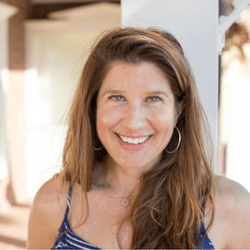 About the author: Bio: Kristen Knepper is an attorney and professional development expert specializing in gender inclusion through the power of feminine energy. She teaches negotiation, effective communication, and leadership to women, and consults with business on the financial power of diverse teams. Join her for her nextworkshop, “Negotiate. Like A Girl.” at Hera Hub Mission Valley on Saturday, September 10th. Register or learn more at kristenknepper.com. Connect with Kristen on Twitter: @kristenknepper