8 Ways to Make Your Values Your Most Valuable Business Asset

8 Ways to Make Your Values Your Most Valuable Business Asset 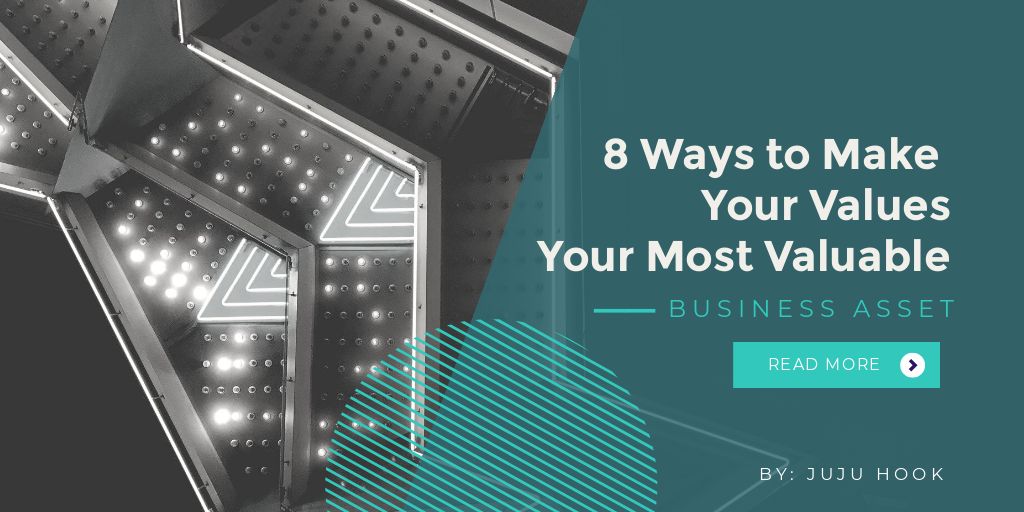 About two years ago, I went to a viral video launch party for a colleague at the Boise State University football stadium. When I left, I rode down in the elevator with a group of millennial guys—several of them prominent social media influencers. I bring up their gender, age, and profession only because I’m a 52-year-old woman with a business that caters exclusively to other midlife women…

So when one of these young guys looked at my nametag, saw “Juju,” and said, “What do you do, Juju?” I silently noted how polite he was, and assumed the conversation was about to go nowhere.

Never one to miss an opportunity to preach, I gave my spiel, anyway:

“I help middle-aged women realize they’re the most powerful people on the planet. And I teach them to stop believing the sickening lies sold to them by society, middle-aged men, and the anti-aging industry, so they can do something amazing in the second half of life.”

I had a little chuckle to myself when every single 30-year-old head in that elevator turned to look directly at me. And when the first guy said, “Can I have your card? I need to introduce you to my mom,” and the other four stuck their hands out… in unison.

Why did I have an immediate connection with five random guys in an elevator? Guys who had NOTHING in common with me or my mission?

Because I spoke in the language of values. I took a position (one that could have easily been perceived as contrary by social media influencers… or men) and pitched my business with my beliefs right out in front. And I connected on a heart-level with them… because that’s where their moms live.

Values and beliefs are the universal language of deep connection. We bond with people who share our values. We hang out with them—in person and online. We marry them. We travel with them. We build lifelong friendships with them.

Where personality is concerned, opposites often attract. With values and beliefs? Not so much.

So it seems only logical that we’d create brands and advertising messages that are steeped in closely-held beliefs and values born from the soul. And as small business owners, we have an opportunity to do this with a much higher degree of authenticity—and success—than our big corporate counterparts.

In every instance, these organizations were thrust into a highly-controversial public conversation. In every instance, they achieved a level of visibility far beyond what traditional ad messages would have produced. And in each and every instance, something magical happened: corporations created bonds with human beings. They turned clients or prospects into loyal partners. The elevated themselves from product hucksters to leaders of social change.

Here’s the thing: you don’t have to take a stand that ticks off half the population. Just lean into what you love… and let the love shine through in your actions.

Great branding—in and of itself—is an act of bravery. When we cater our offerings and messaging to a specific niche (which is an inherent requirement of effective branding), our focus on everyone else falls away. We make a choice to deliver certain things, in a certain way, to solve certain problems, experienced by certain people.

Great branding—in and of itself—is an act of bravery. When we cater our offerings and messaging to a specific niche (which is an inherent requirement of effective branding), our focus on everyone else falls away. Click To Tweet

Values-based branding is next-level bravery. And it delivers next-level benefits to small business owners that make waking up in the morning a whole lot easier:

How can you participate in values-based branding? There are tons of simple ways to show the world that you mean business in a deeper, more meaningful way:

Values-based branding turns your business into a calling. And turns your prospects and customers into loyal friends and devoted fans. 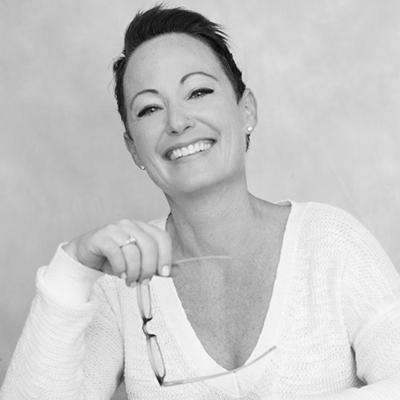 Juju Hook was a corporate brand strategist for 25 years. Today she guides midlife women entrepreneurs in building brands to house the size of their potential. She is the author of “Hot Flashes, Carpools, and Dirty Martinis—The Quintessential Guide for Turning Midlife into PrimeTime.” Download her Anatomy of a PrimeTime Brand for free, here.