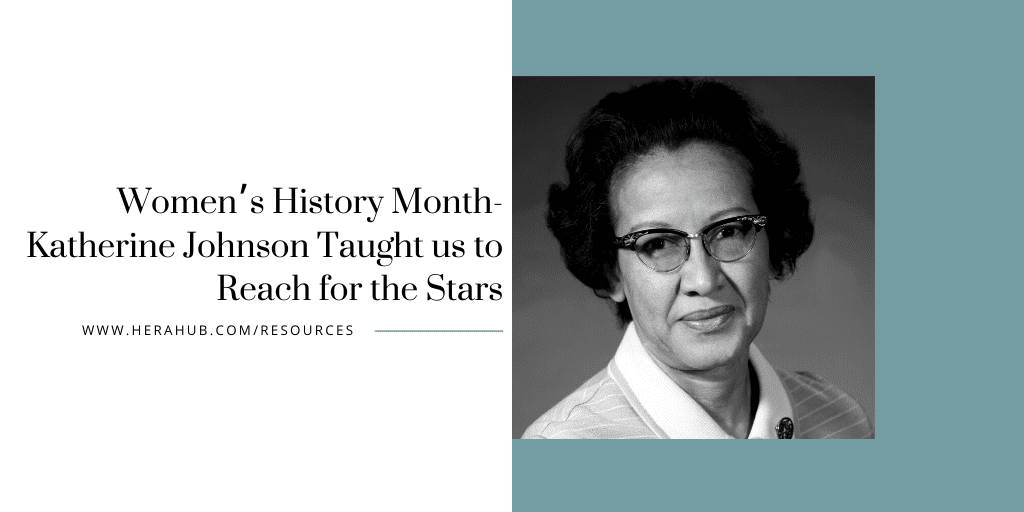 Women’s History Month is an observation which pays tribute to generations of women whose commitment to bettering society has made immeasurable impacts.

In honor of Women’s History Month, I’d like to re-introduce you to a woman you, hopefully have heard of, Katherine Johnson, NASA Mathematician Highlighted in ‘Hidden Figures”. She is, of course, the iconic symbol, but she accomplished so much more than was covered in the movie. She was a brilliant mathematician whose calculations of orbital mechanics as a NASA employee were critical to the success of the first and subsequent U.S. crewed spaceflights.

Sadly we lost a national treasure when Katherine passed away, just last month at age 101.

Born Katherine Coleman in White Sulphur Springs, West Virginia, on August 26, 1918, a date that now commemorates Women’s Equality Day, Johnson showed an early aptitude for math. “I counted everything,” she once proclaimed. “I counted the steps to the road, the steps up to church, the number of dishes and silverware I washed… anything that could be counted, I did.”

In 1953, Johnson—then Katherine Goble—began work at Langley Research Center at the National Advisory Committee for Aeronautics (NACA), which later became NASA, where she would stay until her retirement in 1986. Relegated to an office marked “Colored Computers,” Johnson spent her first five years at NACA dealing with a double dose of segregation. Along with the agency’s other female African American mathematicians, she worked in quarters separated from a much larger pool of white women “computers,” who were in turn kept away from their male colleagues.

But Johnson’s consignment did little to hold her back. “I didn’t have time for that,” she told NASA in an interview from her home in Hampton, Virginia in 2008. “My dad taught us, ‘You are as good as anybody in this town, but you’re no better.’ I don’t have a feeling of inferiority. Never had.” 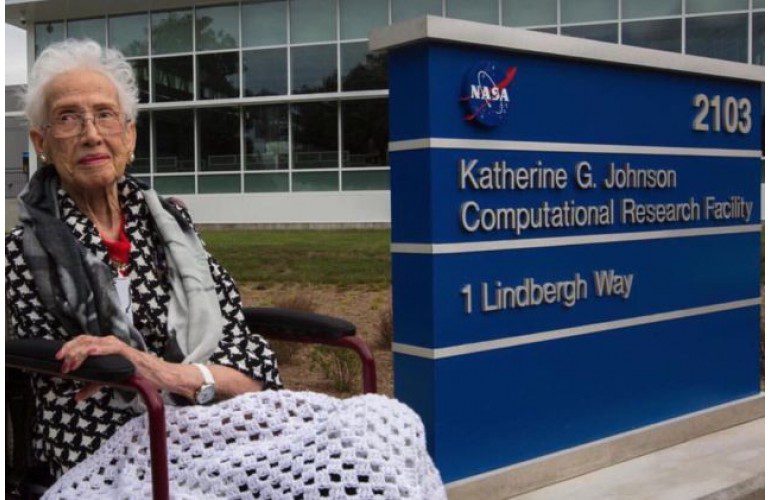 Her work fueled innumerable feats of aeronautics, several of which were outlined in the 26 research papers Johnson published over her decades-long career. The earliest of these publications made Johnson one of the first women at NASA to become a named author or co-author on an agency report, according to Margalit Fox at the New York Times.

In 2015, she was awarded the Presidential Medal of Freedom by Barack Obama, who described Johnson as “a pioneer who broke the barriers of race and gender, showing generations of young people that everyone can excel in math and science, and reach for the stars”. The next year, Margot Lee Shetterly’s book Hidden Figures, as well as a movie adaptation by the same name, highlighted the accomplishments of Johnson and her colleagues.

Looking to the Future
We are at a place in time where we MUST inspire the next generation of women to explore science. It is critical to the future of our society to not only encourage women, but specifically women of color to drive the next phase of space exploration.

Thank you Kathrine for inspiring us to reach for the stars!