Let’s be honest, many of the world’s conflicts were started by ego-driven men.  So what if women ruled the world?  In honor of Women’s History Month we are profiling four female leaders who fought for their people, despite facing adversity.

Before we dive in… Did you know that the highest position of executive power has been held by a woman in 58 countries, since 1960?  The U.S. is making strides but we are still far behind.

Sri Lanka is one of just thirteen countries that has had more than one woman in the highest position of executive power, and most of these countries can be found either in the Indian sub-continent or in Northwestern Europe. Of these thirteen, New Zealand and Finland are the only countries to have had three female leaders, including the current Prime Ministers; Jacinda Ardern and Sanna Marin.

Related article by Felena Hanson – Why Hasn’t There Been a Female POTUS? 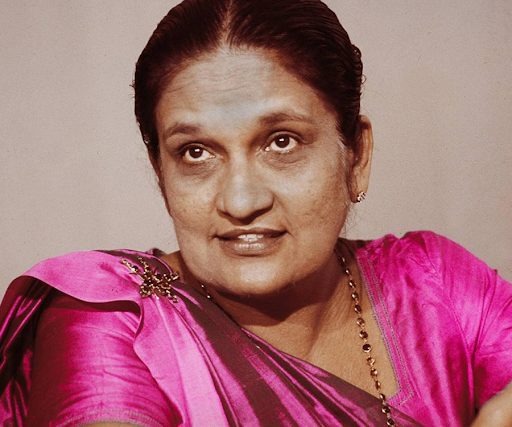 The first democratically elected female Prime Minister was Sirimavo Bandaranaike of Sri Lanka, who took over the leadership of the Sri Lankan Freedom Party when her husband was assassinated in 1959.

In May 1960, Bandaranaike was unanimously elected party president by the executive committee of the Freedom Party, although at the time she was still undecided about running in the July election. Disavowing former party ties with Communists and Trotskyists, by early June she was campaigning with promises to carry forward the policies of her husband – in particular, establishing a republic, enacting a law to establish Sinhala as the official language of the country, and recognising the predominance of Buddhism, though tolerating the estate Tamils use of their own language and Hindu faith.

She served as prime minister from 1960 to 1965 and from 1970 to 1977. Constitutional changes in the 1980s stripped Bandaranaike of her political rights and barred her from political office, but in 1986 Pres. J.R. Jayawardene granted her a pardon that restored her rights. She ran unsuccessfully as the SLFP’s candidate for president in 1988, and after regaining a seat in parliament in 1989 she became the leader of the opposition.

Bandaranaike’s daughter, Chandrika Bandaranaike Kumaratunga, was the first woman to serve as the country’s president (1994–2005).

The first woman elected president of a country was Vigdís Finnbogadóttir of Iceland, who won the 1980 presidential election as well as three others to also become the longest-serving non-hereditary female head of state in history (16 years in office).

Currently, she is a UNESCO Goodwill Ambassador, and a member of the Club of Madrid. She is also to-date Iceland’s only female president.

The Icelandic women’s movement has a long history. During the International Women’s Year in 1975 Icelandic women attracted great attention when they organized a general strike to show how important women’s undervalued work was. 90 percent of the Icelandic women went on strike. And at the presidential election in 1980 the women’s movement focused on electing a woman. After much persuasion Vigdís accepted to run against three male candidates. She was the first woman in the world to be elected president in a democratic election. She became very popular and was subsequently reelected three times, unopposed in 1984, with 94.6 percent of the votes against another woman in 1988 and unopposed in 1992.

Of course the U.S. has done it’s fair share of territory takeovers.

During her reign, she attempted to draft a new constitution which would restore the voting rights of the economically disenfranchised. Threatened by her attempts, pro-American elements in Hawaiʻi overthrew the monarchy on January 17, 1893. The overthrow was bolstered by the landing of US Marines under John L. Stevens to protect American interests.

The ultimate goal was the annexation of the islands to the United States, which was temporarily blocked by President Grover Cleveland. After an unsuccessful uprising to restore the monarchy, the oligarchical government placed the former queen under house arrest. On January 24, 1895, Liliʻuokalani was forced to abdicate the Hawaiian throne. Attempts were made to restore her leadership, but with the outbreak of the Spanish–American War, the United States annexed Hawaiʻi. 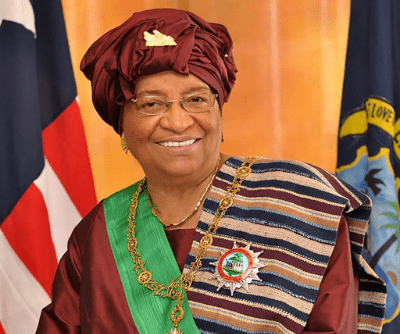 Women often suffer most when wars and conflicts erupt. At the same time, their opportunity to influence events during conflicts is often severely limited. Women’s rights and full participation in democratic processes are important to ensure lasting peace. In Liberia, bloody civil wars ravaged the country between 1989 and 2003. In 2005, two years after the guns fell silent, Ellen Johnson Sirleaf was elected as the nation’s president.  As president, she secured millions of dollars of foreign investment and established a Truth and Reconciliation Committee to probe corruption and heal ethnic tensions.

Recognized as a global leader for women’s empowerment, President Sirleaf was awarded the prestigious Nobel Prize for Peace in 2011. She is the recipient of The Presidential Medal of Freedom—the United States’ highest civilian award—for her personal courage and unwavering commitment to expanding freedom and improving the lives of Africans. Her many honors also include the Grand Croix of the Légion d’Honneur, France’s highest public distinction, and being named one of Forbes’s “100 Most Powerful Women in the World.”