In a low-context communication culture, where we emphasize what is explicitly stated, going as far as celebrating “Words Matter Week,” it is paramount to be mindful of the response generated by our words. Using inclusive language in our communication can make the difference between someone disregarding our message completely or that person being fully engaged in what we are offering.

Inclusive language is not political correctness, it is strategic. Inclusive language is rooted in a consciousness of how people differ in their culture, their history, and their experiences. It is language that does not insinuate any prejudice, discrimination, or stereotype, and does not effectively exclude a group of people.

As Mark Twain said, “The difference between the right word and the almost right word is the difference between lightning and a lightning bug.” Depending on the context, words can strike like lightning or luminesce like fireflies. For example, while some people may use the term “queer” to claim their own identity, it can be offensive if used by someone outside the group. “Older” is relative and often offensive; if necessary to identify birth order, using “elder” denotes wisdom and experience.

Words like “Schizo” or “Psycho”, rooted in mental health diagnoses are in effect exclusionary, ridiculing serious mental illness. Words like “handicap” or “disabled parking spot” insinuate a kind of inferiority, when we mean to say “person with disability” or “accessible parking spot.”

Words like “sportsmanship,” “manning”, “man-made” and “chairman” insinuate a prejudice and stereotype that these roles are limited to men. Instead, one can say “fair play”, “staffing”, “artificial” and “chair”. Using gender as synonymous with sex, and using the pronouns “he” and “she” as opposed to “they”, effectively limit gender expansiveness. Similarly, addressing “you guys” as opposed to “everyone” limits inclusion.

Using “illegal alien” to refer to “undocumented immigrant/worker” is non-inclusive. Similarly, using “Arab” to be synonymous with “Muslim” or terrorist, or to speak of someone’s race. A person can be Muslim but not necessarily an Arab or an Arabic-speaker, and vice versa. Many view the term “Arab” as rooted in the aftermath of colonialism to designate a pan-ethnicity, a simplified categorization of many cultures. Analogies would be “Asian American” or “European American” or “American Indian.”

People’s identification and comfort with these terms varies. For example, there are “Arabs” everywhere in the sense that they may be able to genealogically trace their ancestry back to the Arabian Peninsula, or they grew up with Arabic as their first language. However, the original use of the word has dissipated over time. When discussing linguistic aspects of the term “Arab,” it is more inclusive to use “Arabic speaker,” and when discussing more cultural aspects of the term, it is more inclusive to use the nationality or group culture with which that person identifies.

Although it is impossible to always know what to say in each context, being conscious of the origin of a word, its historical and mainstream use, and its acceptability can help us avoid unintentionally offending someone. Whether or not a word is inclusive is more often about the effect that the word has on the reader or listener, as opposed to the intention behind the word choice itself.

Speaking someone’s language is not merely about speaking a national language that a person understands. It is also about the strategic use of language: speaking in the communication style that resonates with that person; speaking to what they value, what they respect, and what they need. Only then, will our message not only be heard, but also accepted. 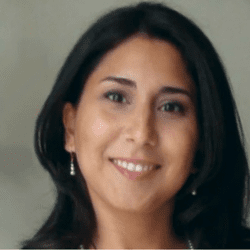 bout Samara:
Samara Hakim, Esq. is the Founder of The Culture Factor, LLC. By integrating culture into business metrics, The Culture Factor develops solutions for leadership seeking the competitive advantage of a more inclusive and innovative work environment. Samara has over 10 years of experience in cultural competence, diversity and inclusion, conflict management and culture transformation. She holds an Advanced Certificate in Intercultural Management from the University of Notre Dame and a Juris Doctor from the University of Oregon School of Law. Samara grew up in Lebanon, is fluent in French, Arabic, and English, and conversational in Spanish.