Women in STEM: a Story of Inequality, Motivation, and Hope

Women in STEM: a Story of Inequality, Motivation, and Hope

As a rising high school junior, I’m just beginning to explore the world in an attempt to find my place within it. Thus far, the STEM fields (Science, Technology, Engineering, and Math) have most definitely peaked my interest, as my two favorite classes this past year were math and chemistry. As someone who may want to pursue a career in STEM, the statistics regarding gender bias have concerned me. It’s difficult for me to wrap my head around it because in my current high school STEM classes, females actually tend to outperform males. Wanting to find out the true feelings of women in STEM careers, I decided to interview three Hera Hub DC members about their experiences relating to gender in STEM.

Before conducting my interviews, I did research to find some background info on this issue. According to Built By Me, women make up only 28% of those in STEM careers. At this point in history, when women have made so many strides towards gender equality, why is there still such an imbalance in STEM? After some further research, I found that, according to Catalyst, women are 45% more likely to leave the tech field than men. Experiences such as “Isolation, male-dominated work environments, bias and a lack of effective women role models” are the main reasons that push women to leave STEM jobs.There’s already such a disparity of women entering STEM fields, so it’s a tragedy to lose women to experiences such as these. These statistics were utterly shocking to me. They certainly did not reflect my experiences with STEM thus far.

Despite the grave truth regarding women in STEM fields, I did find hope. Organizations such as Women In Stem are pushing to get girls interested in STEM from a young age and break through the misconception that STEM jobs are primarily for men. I’m very fortunate to have such supportive parents, friends, and teachers. However, it’s clear that not all girls are so lucky. This is not an issue that can be fixed overnight, but hopefully with increased awareness and action women can achieve greater equality.

After conducting research on this topic, I was eager to hear about the real-life experiences of women who work in STEM. Have their experiences matched up with the shocking statistics? Three Hera Hub DC members who have careers in STEM fields share their experiences relating to their gender in order to shed light on the challenges, learnings, and advice that they have acquired through their various experiences. Each woman has had a unique path to where she is now, providing three distinct perspectives on the ongoing struggle to cultivate equality in STEM careers.

Why do you think there is a disparity between the number of men and women in the STEM fields?

It was less common for women in the fifties to go to school past high school. None of the females in my family who are maybe eighty or above, went to college, nor was it common for them to go to college. A lot of women were discouraged from going to school, which has had rippling repercussions into this generation.

What were your experiences pursuing this career like, as it relates to gender?

I felt that in grad school, with certain teachers, even if the class was split 50/50 men and women, I still had to work harder to prove myself, even if I was outperforming my male counterparts. A lot of my friends, after we got our masters, went on to get PhD’s, and they are discriminated against all the time. Two of my closest friends are brilliant, independent and hard working women, yet sometimes when speaking at conferences or giving a presentation, people almost scoff at their ideas because they’re women. It’s frustrating and it’s a shared experience between a lot of us, unfortunately.

What have these challenges taught you?

It makes me not want to work with people who see me as less of a competition. To be completely honest, when you underestimate your competition, you’re doing a disservice to yourself, so I’m not here to change anybody’s perspectives, but they can just watch as we flourish.

Don’t let anybody else hold you back. “Nobody can make you feel inferior without your consent”(Eleanor Roosevelt). It is important that girls coming through high school right now are passionate because we need you guys to set the stage for women who were not able to have these opportunities and to set the stage for the next generation of women coming through. If you’re going to pursue a career in STEM, do so wholeheartedly. 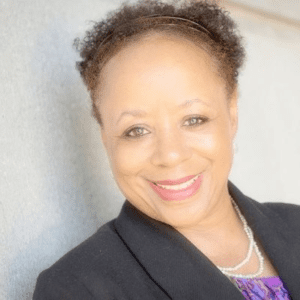 What were your experiences like in your college and graduate school STEM classes?

For the most part I didn’t have any problems feeling left out or alienated as a woman. Through my undergraduate it was fine. However, when I got into my PhD program, there were fewer women. I felt a little bit intimidated because there were a lot of guys and they interact in a certain way.

Have you ever noticed gender bias in your field of work?

Yes. One of the first meetings I went to, 85-90% of the participants were male, and that was kind of shocking. Not too long after that, I happened to go to Silicon Valley for a tech conference and again it was like 90% of the participants were male. It was off putting, in a sense, that there was not a lot of comradery for women in that particular field. If you want to take it a step further, the challenges of investing and funding for women in tech is another important issue.

What are some ways that you think we can fix this problem?

I think starting early. In fact, I developed a curriculum for young women who are interested in tech. So, in middle school, exposing young women to sciences, math, and engineering is really important. If girls were exposed to it earlier, that would be really helpful.

Cultivate your interest in whatever area and identify what aspect of STEM is most interesting to you. Then, find some way to do something that’s related; whether that’s volunteering as an intern, talking to teachers and professors, or finding out different conferences that are going on. Just to be immersed is going to be helpful and then it’s less threatening. 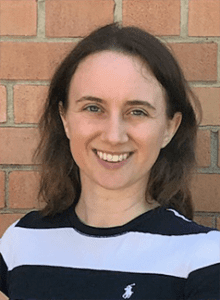 What were your experiences like in your college/grad school STEM classes?

Overall, I liked them. I guess in terms of my experience as a woman, I noticed that my physics classes were very unevenly balanced. I went to an all girls school for high school, so it was really a shock coming in and wondering, “where did all the girls go?” I just had no idea that women shied away from those types of classes.

I remember one instance that vividly stands out in my mind. When I was in physics class, the teacher asked a question and everybody who thought they knew the answer raised their hand. I was the only girl who raised my hand and all the rest were boys. The teacher went around the room and called on every guy, and each time the answer was incorrect. Finally, it got to the point where there was only one person left who hadn’t been called on and it was me. At that point the teacher looked at me, sighed, and explained the correct answer. The correct answer ended up being the answer I was going to say. It was sad that I was the only student who didn’t get called on, and I was the only girl who raised my hand.

Have you ever noticed gender bias in your field of work?

I think there’s a lot less bias now than there has traditionally been. At least in the biological sciences, I haven’t seen that much. The good news is, at least in my field right now, a lot of parents do appreciate that their sons and daughters have a woman who is really strong in STEM teaching their child. So in that respect, I think I’ve gotten a very positive reception.

Why do you think there is a disparity between the number of men and women in STEM careers?

I think it has a lot to do with upbringing. When I was in an all-girls environment, I never felt that science and math were fields that weren’t for me. It wasn’t until college and grad school that I realized there was a difference in the way men and women are treated. I also think I was lucky because my mom has a PhD, which is very rare for her generation. I feel like today there still aren’t that many female role models in STEM, but fortunately I happened to have one in my family.

Don’t get intimidated. You belong there. You have to be aware that people won’t always take you as seriously as they should. Nobody wants to change their behavior in order to come across in a certain way, but unfortunately that may be what you need to do to get your point across. Don’t be timid. If people aren’t noticing you, don’t stop trying. Be your own advocate.

The opportunity to listen to these three women who have succeeded in STEM careers has been invaluable for me. Rachel Zayas shared how her difficult experiences in her STEM classes has “fueled her fire.” I agree wholeheartedly with her outlook. If faced with similar obstacles, I intend to take Rachel’s advice and let those challenges motivate me. Additionally, Janice McRae provided some interesting insight into how to gain valuable experience in whatever field you’re interested in. I plan to follow her suggestions and explore my interests further by talking to my teachers and potentially finding a STEM-related internship. Lastly, Kristen Mastropole gave me hope, saying that she doesn’t face gender bias in her current field of work. Knowing that she doesn’t feel the weight of unfair treatment is promising because it shows that we are making progress with this issue.

Above all, these women have inspired me. They are strong, passionate, and brilliant. My conversations with them have completely changed my perspective on this topic. Gender bias is not only an obstacle to overcome, it is a motivator that challenges women to work even harder. Unfair treatment shouldn’t push us down, but lift us up and drive our determination to prove others wrong. As Rachel Zayas said, “they can just watch as we flourish.”

Aviva Teller, Hera Hub DC Intern and student at Bethesda-Chevy Chase High School. Aviva has been interested in math from an early age, even doing extra math problems in her spare time as an elementary schooler. Currently, algebra is her favorite subject, with stoichiometric chemistry coming in a close second. Aviva is just beginning her college search and will continue to explore her love of STEM in the future.